"Hallelujah, hallelujah! The King of Israel. Everyone praise to the Lord." 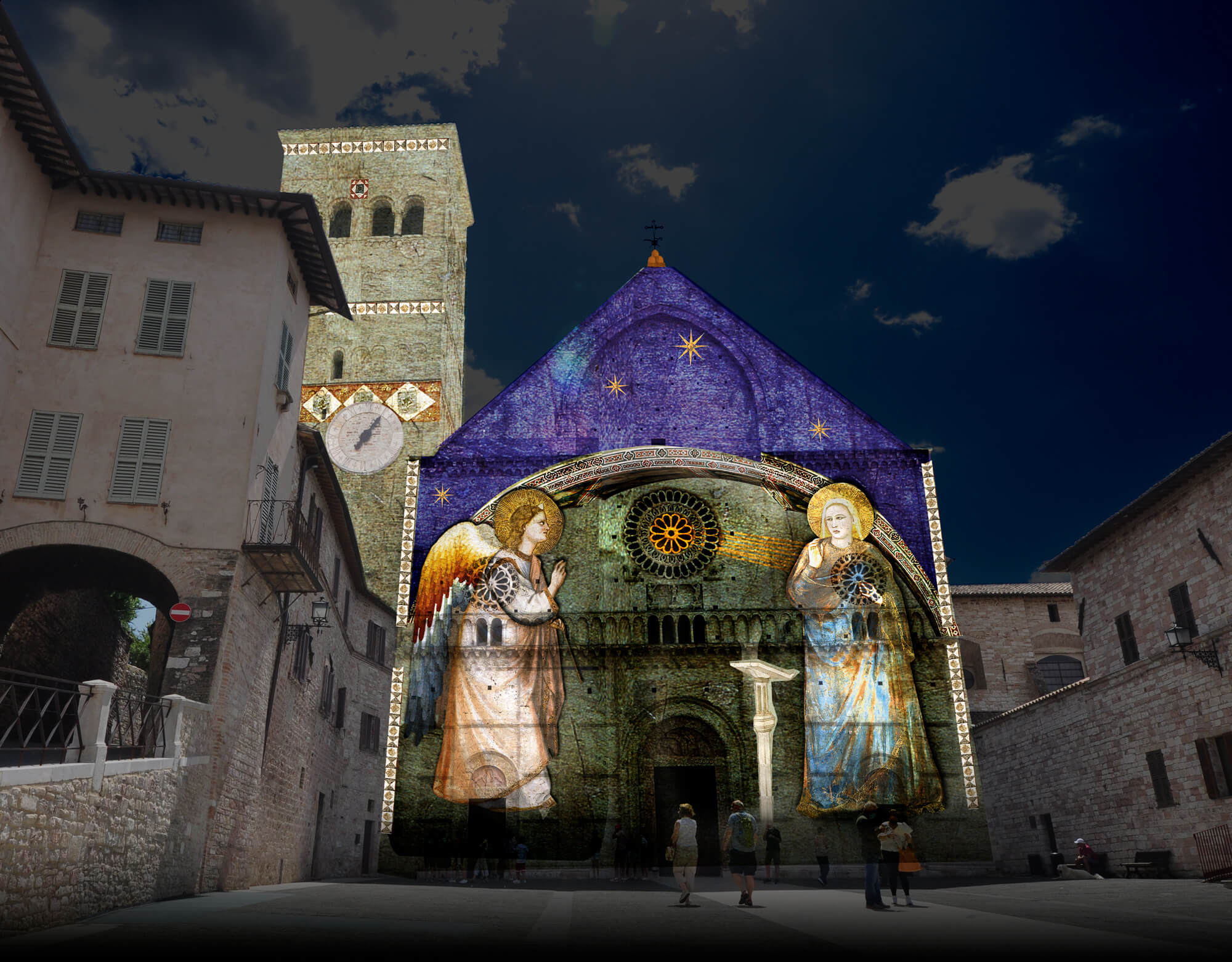 Behold you will conceive a son and call his name Jesus 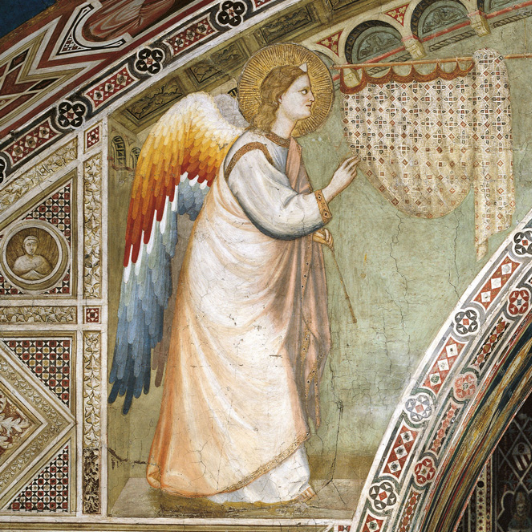 If there is one aspect that we can notice before the other ones of the Annunciation scene, it is the disconcert, the living and fully human fear that catches the adolescent Mary unprepared at the sight of the archangel Gabriel, listening to his Word.

The first ode to the Holy Mary is pronounced, the first “Ave Maria”.

The initial confusion and apprehension, a sign of profound humility, is followed, despite the young age, by a wise reflection that leads to a full and convinced acceptance of the Lord’s will. The most loved woman in the world listens to the announcement, makes it her own and opens a new way. Through hes choice, hope for the entire humanity is renewed.

The Nativity scene of Francis 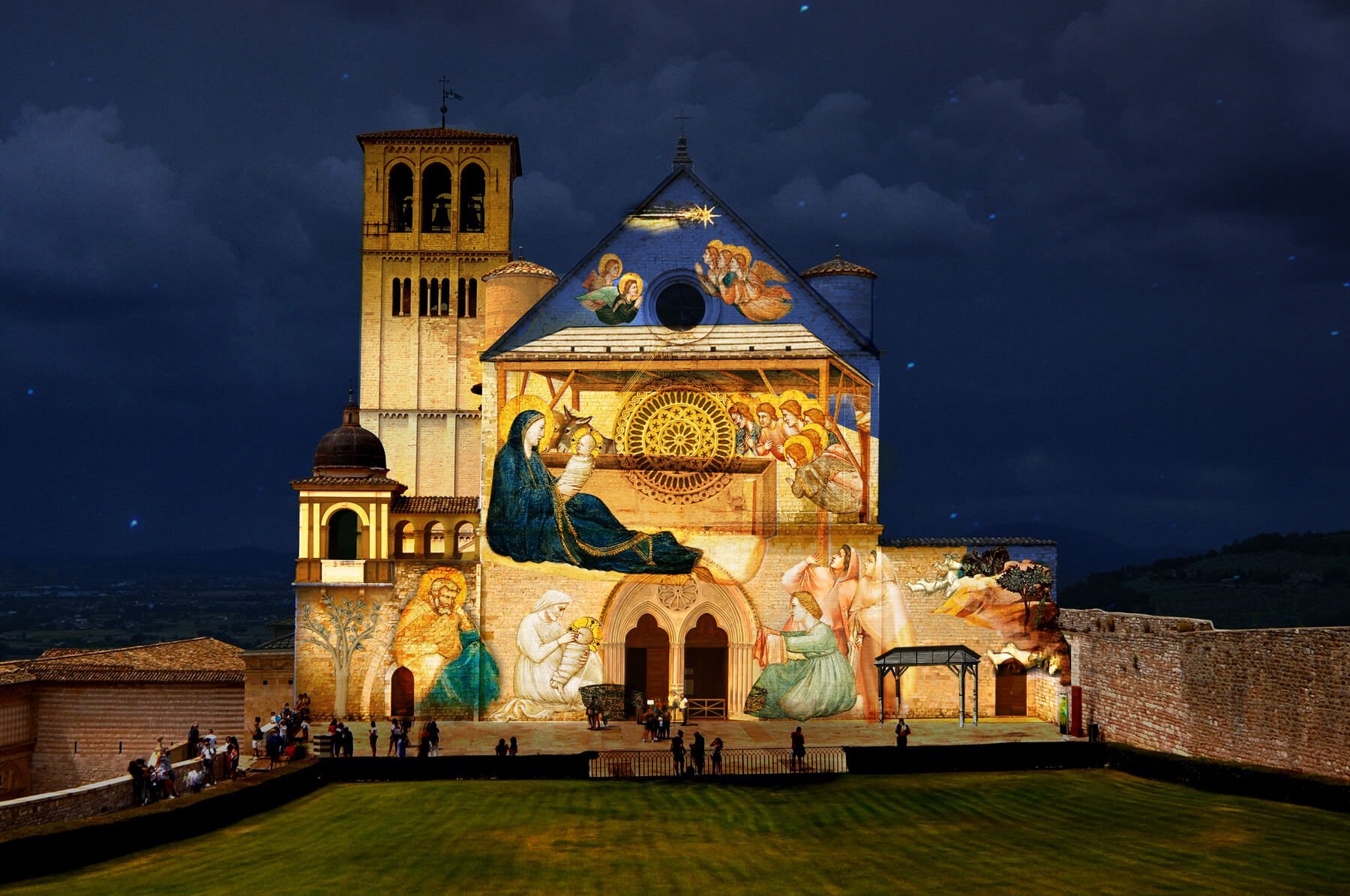 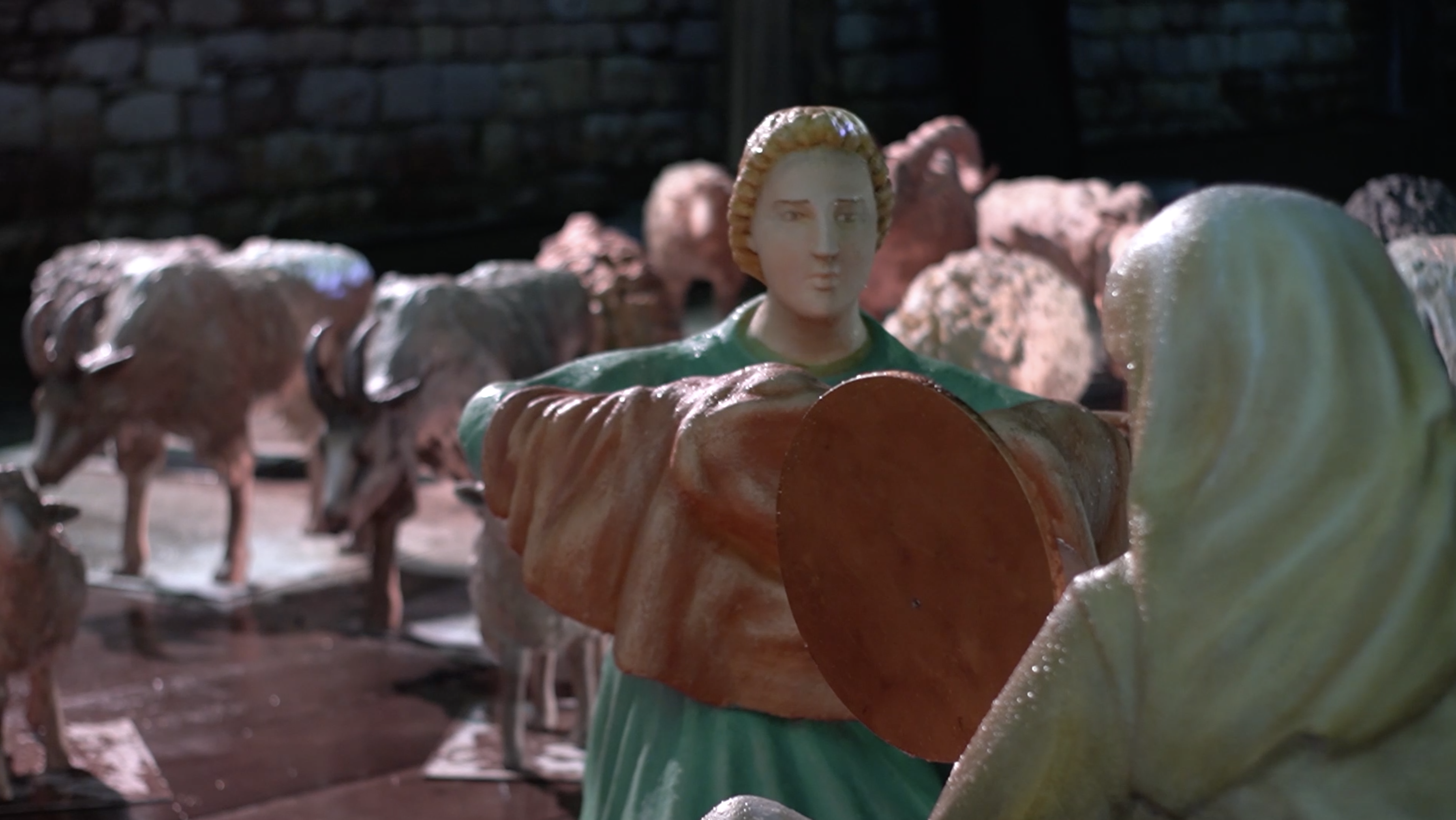 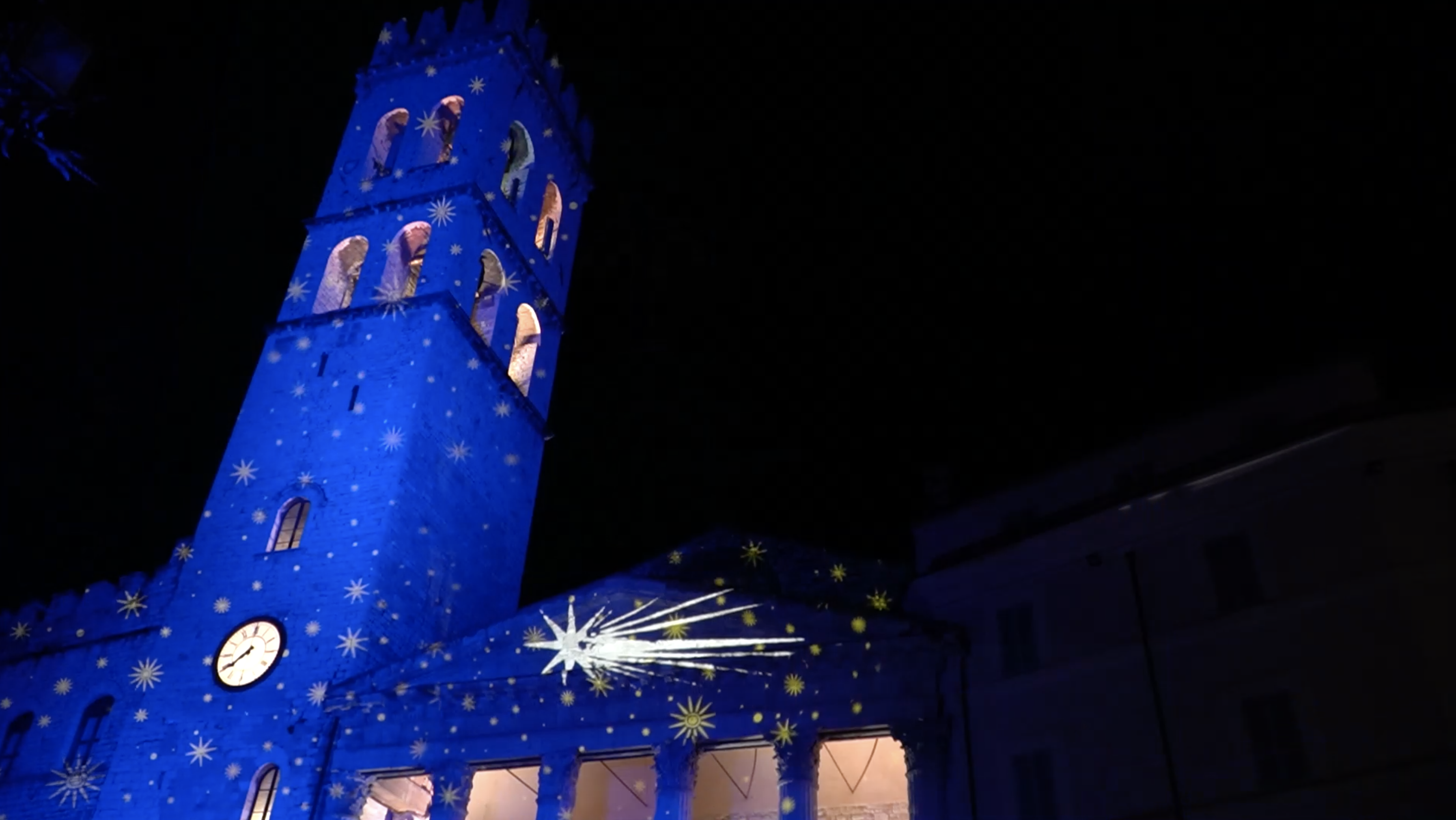 The Basilica of Saint Francis

A spiritual place, full of meaning, which through its pictorial works wants to be didactic in telling and describing all the events of Divine Revelation and the life of Saint Francis.

The Cathedral of San Rufino

Once arrived at the homonymous square, it is likely to be surprised by this construction which appears to be bounded by the buildings. The impression is of being in front of a huge stage, which takes on a suggestive appearance with the first light of the evening.

Saying Christmas means to say Assisi, because the brothers of Francis continued to celebrate Christmas in their churches in all the cities of the world: the Christmas of the child who was born poor, not out of necessity but out of love.

Surrounded by buildings, the Town Hall square was the place where, once, the entire socio-political and cultural life of Assisi used to take place. The rectangular square begins at the end of Corso Mazzini, which connects it to the basilica of Saint Chiara.

The most loved woman in the world listens to the announcement, makes it her own and opens a new way. 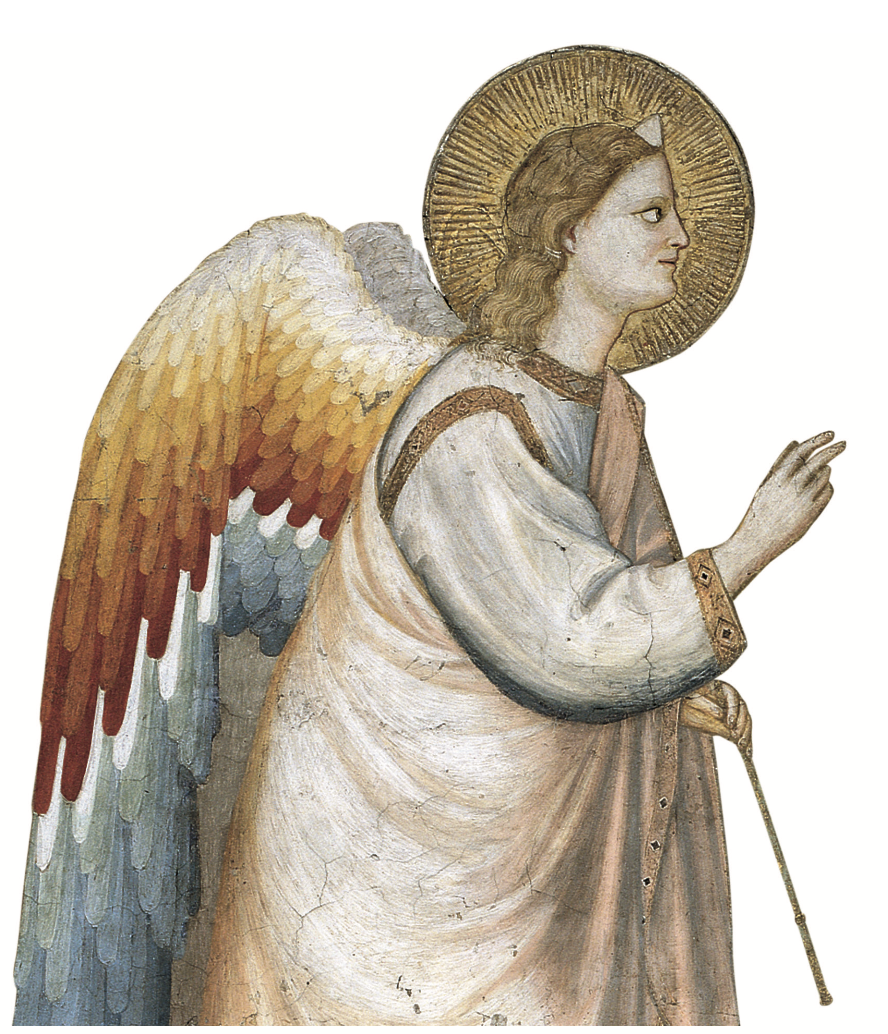 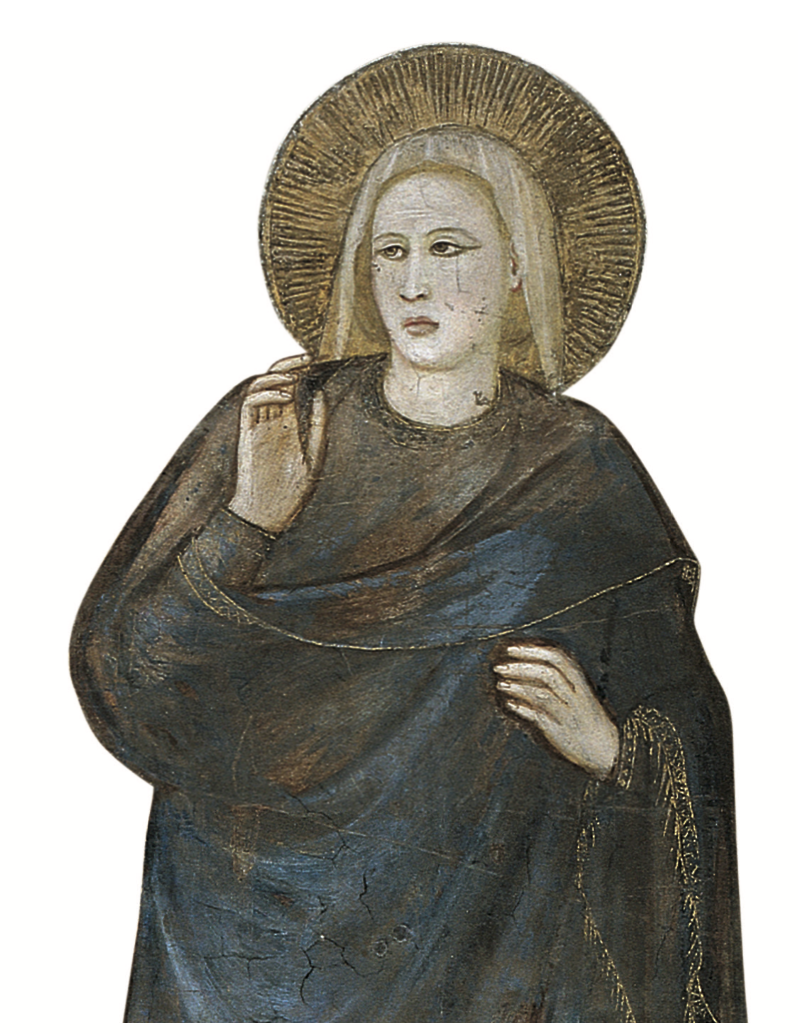 Bibilical
Element
We are in Nazareth, a Palestine village. In a modest house, the most exceptional of events takes place.

Luke the Evangelist tells us: “Upon the sixth month, the angel Gabriel was sent by God to a city in Galilee, called Nazareth, to a virgin, betrothed to a man of David’s house, named Joseph”. The virgin was called Mary. Entering towards her, he said: “Rejoice, full of grace: the Lord is with you.” At these words, she was very upset and wondered what was the meaning of a greeting like that one. The angel then told her: “Do not be afraid, Mary, because you have found grace with God. And behold, you will conceive a son, you will give birth to him and you will call him Jesus. He will be great and will be called Son of the Almighty God; the Lord will give him the throne of his father David and he will reign over the house of Jacob forever and his kingdom will have no end” (Lc 1,26-33). An announcement that changes the human history: so strong and unprecedented that leaves turmoil.

Cardinal Gianfranco Ravasi mentions three “announcements” of Christ’s birth, which branch out into three distinct proclamations: «The first is addressed to the future mother, Mary; the second to the legal father Giuseppe, while the third is addressed to a group of nomadic shepherds ». This last announcement, addressed to the shepherds, takes place on the occasion of the Nativity: “Today, in the city of David, a Savior is born for you, who is Christ the Lord” (Lc 2,11).

The Annunciation frescoed on the bottom of the northern transept of the lower Basilica of Saint Francis, precedes by a few years the rest of Jesus’ childhood cycle. It dates back to the end of the thirteenth century, completed together with the decoration of the chapel of Saint Nicola.

The Annunciation, that is God who enters the history of salvation and incarnates himself in the body of a virgin thanks to the announcement of a spiritual messenger, is a “joyful mystery” particularly loved by Francis of Assisi and his friars. We find the Annunciation represented above the altar of the Porziuncola, the church dedicated to the Madonna degli Angeli, where Francis had settled after leaving the hovel of Rivotorto, at the heroic times of the origins.

The subject of the Annunciation is represented four times in the church of Saint Francis in Assisi: above the Renaissance entrance portico, sculpted by Francesco from Pietrasanta, that leads towards the Saint’s tomb; at the head of Christ’s childhood stories painted by Giotto in the northern transept of the lower church; with the evangelical stories begun by Iacopo Torriti in the upper nave, above the stories from the life of St. Francis painted by Giotto; in the Romanesque windows executed by german workers in the apse gallery above the papal throne

«No one was ever rejected by her. And everyone found shelter under her shadow. From neighbors to the ancient companions of Nazareth. From Joseph’s relatives to her Son’s long time friends. From the poor of the district to passing pilgrims. From Peter in tears after the betrayal, to Judas who perhaps could not find her at home that night”.
It is not possible not to think of how Francis of Assisi tried to live this page of the Gospel and place the Annunciation alongside another scene, this time painted in the upper Basilica: “Francis, who can benefit you more: the lord or the servant, the rich or the poor? ». Francis, in what is remembered as the “dream of Spoleto” will answer: “The Lord”. It is there that the Saint of Assisi says his “Yes” to God, like Mary to the archangel. Mary, Francis, but also each of us will not lack doubts, uncertainties and fears. But that Yes that slowly takes shape in the life of Francis, is nourished by the relationship with God and the embrace of the brothers. This is why our yes to God cannot fail to lead us to be men and women with open, welcoming arms.

Bonaventura from Bagnoregio, in the general chapter held in Pisa in 1263, prescribed that “the friars must invite the faithful to greet Mary three times, when the compline plays in the convent in the evening. They must do it with the same words used by the angel Gabriel to greet Mary, that is, with the Ave Maria”.

This is the first news of the Angelus, a prayer deeply rooted in popular piety, which is repeated three times a day at the touch of a bell, at dawn, at noon and at sunset, in memory of the angel’s announcement to Mary. The invitation was repeated in the Assisi chapter of 1269, when “the decision was made to celebrate a solemn mass in honor of the Virgin every Saturday. The friars were also required to preach to the people in honor of Mary, and to greet her whenever they heard the sound of the bell of compline “(Chronica XXIV Generalium).
Time passes, but we still recite the Angelus with Francis.

ON THE WAY, UNDER YOUR PROTECTION

Under your protection we seek refuge, holy Mother of God: do not despise supplications of us who are in trial, but deliver us from all danger, oh glorious and blessed Virgin. 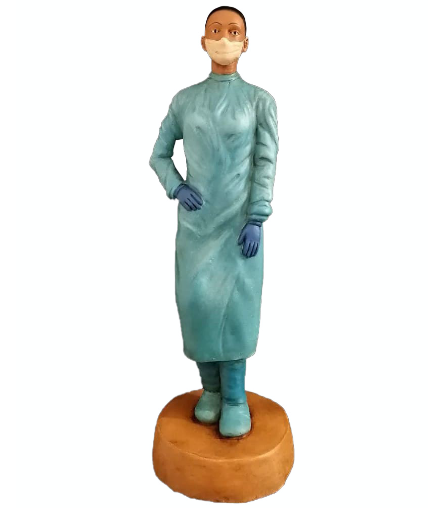 "You can’t save yourself alone". Never as much as today, the words of Pope Francis are a mirror of this period. Words that adapt to the profession that we want to show this year: that of the nurse. People who work day and night in saving the sick people, in whispering words of comfort, putting their lives at the service of others. 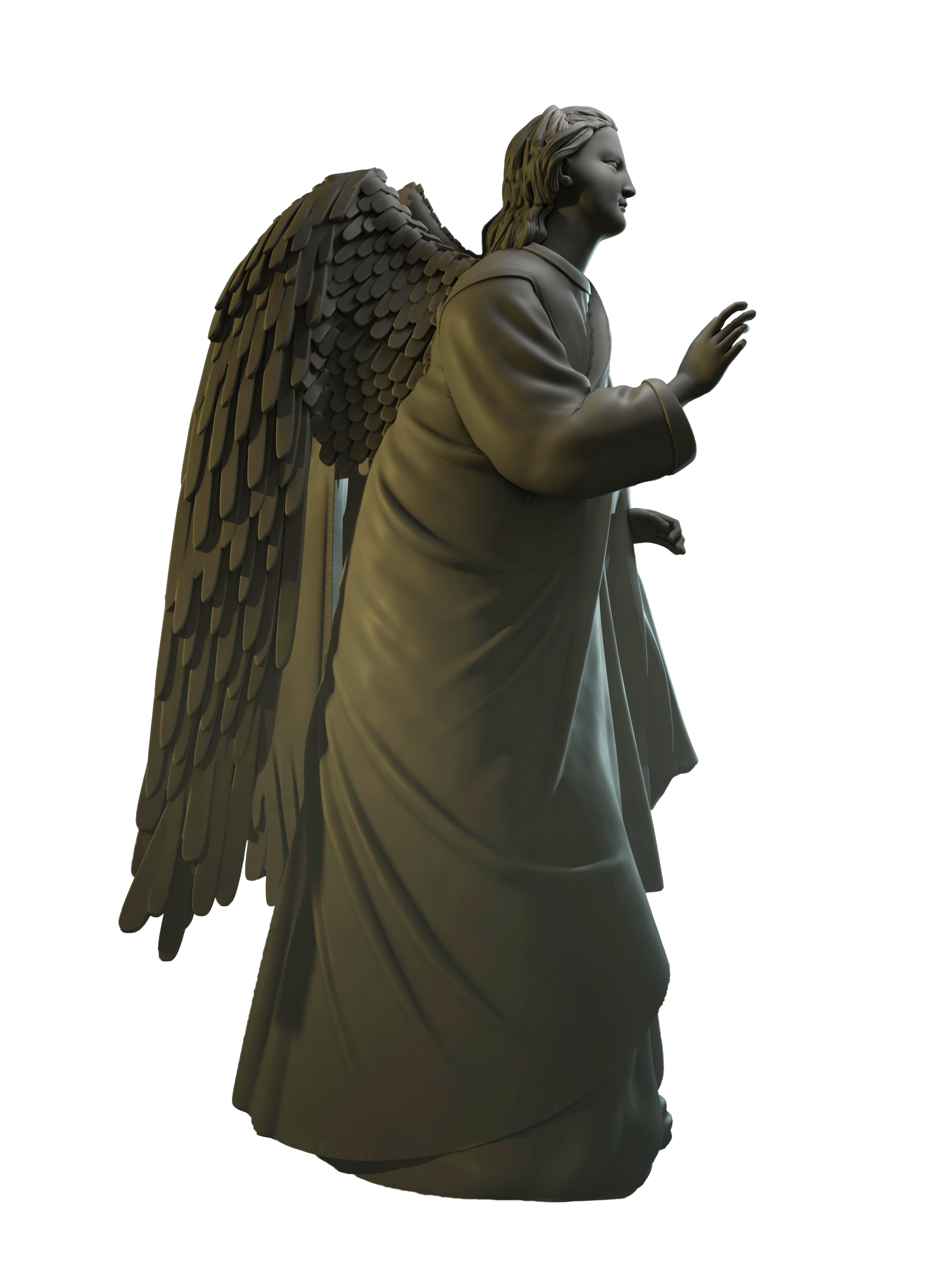 In the opening pages of the Gospel of Luke, it is narrated the episode of an angel's visit to a virgin of Nazareth 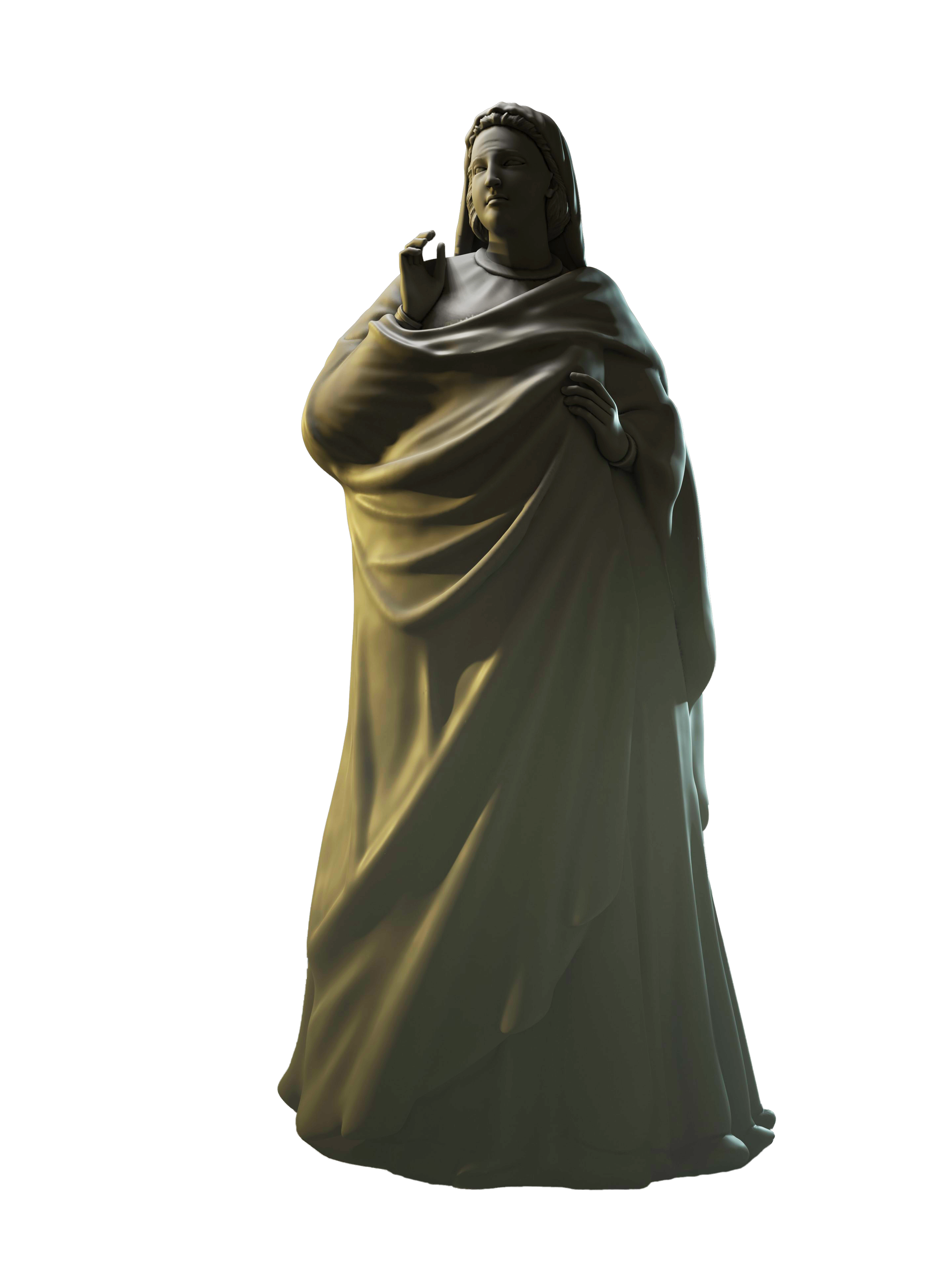 The other protagonist of the Annunciation is Mary of Nazareth, betrothed to a man called Joseph. Her role acquires importance in the rest of Luke's story 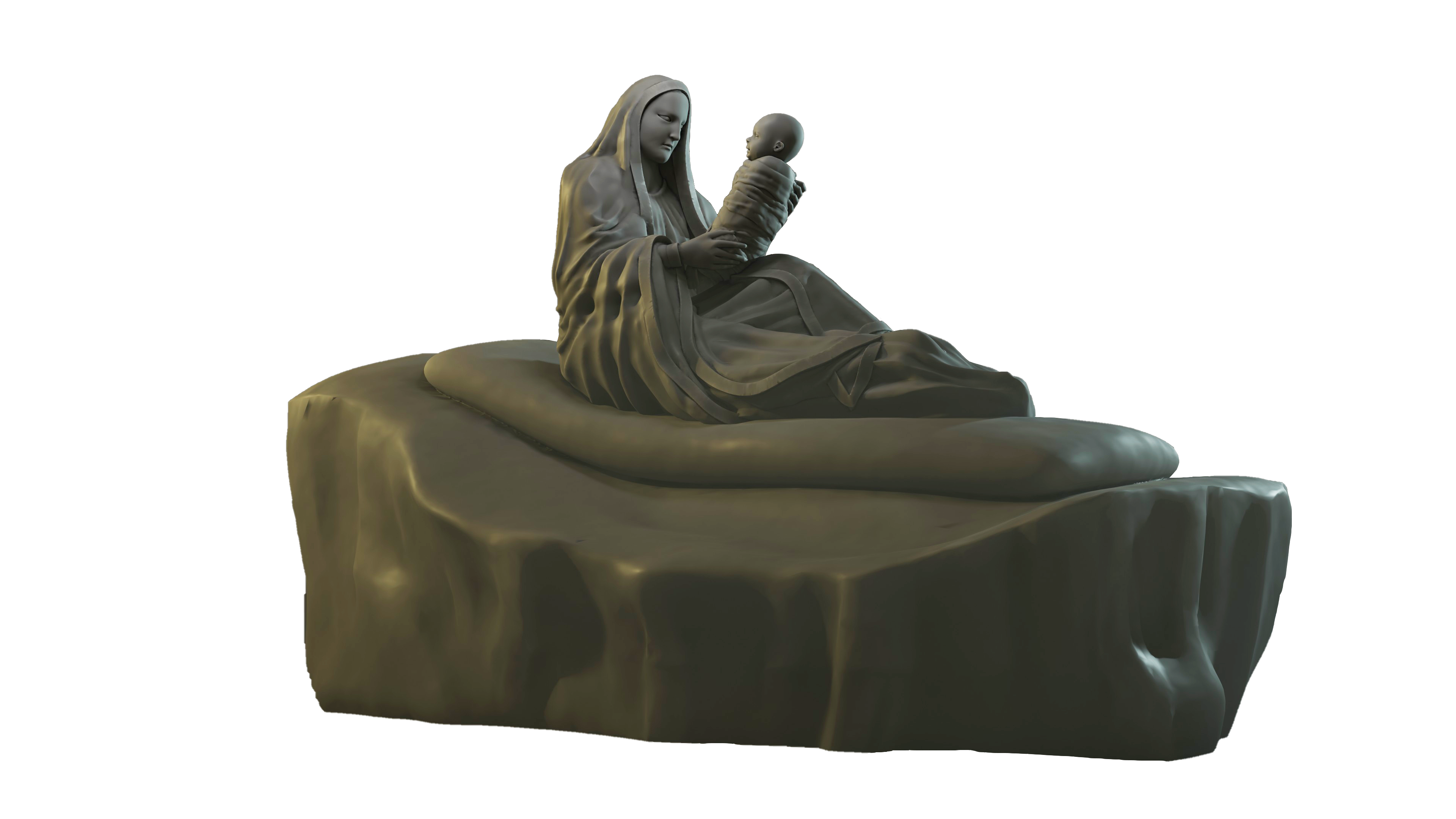 Mary and
And Jesus

Again Mary, who usually sleeps in an ancient container used as a manger, or on the straw between an ox and a donkey. 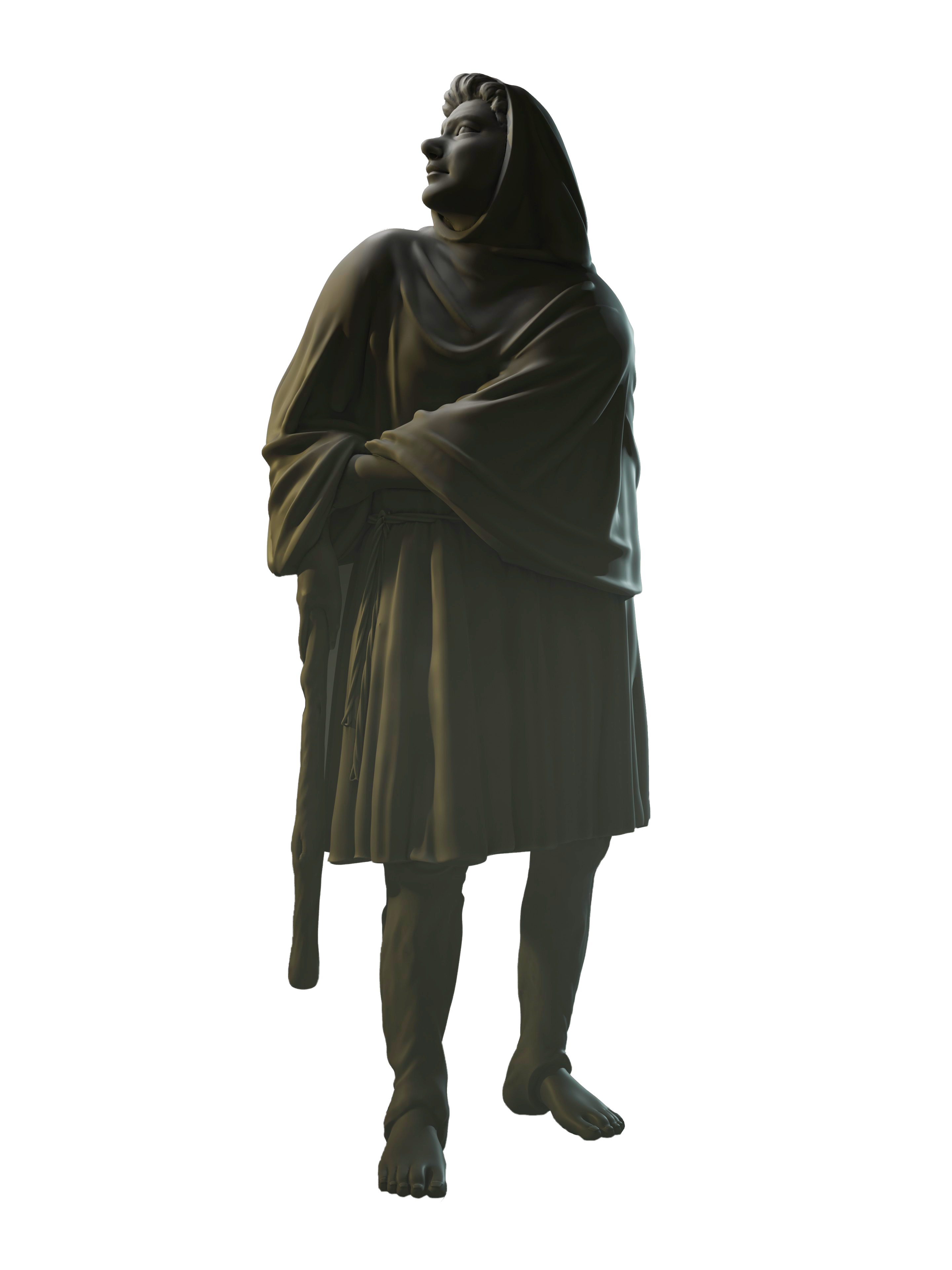 Do not be afraid, here I announce to you a great joy, which will be of all the people: today a savior was born in the city of David 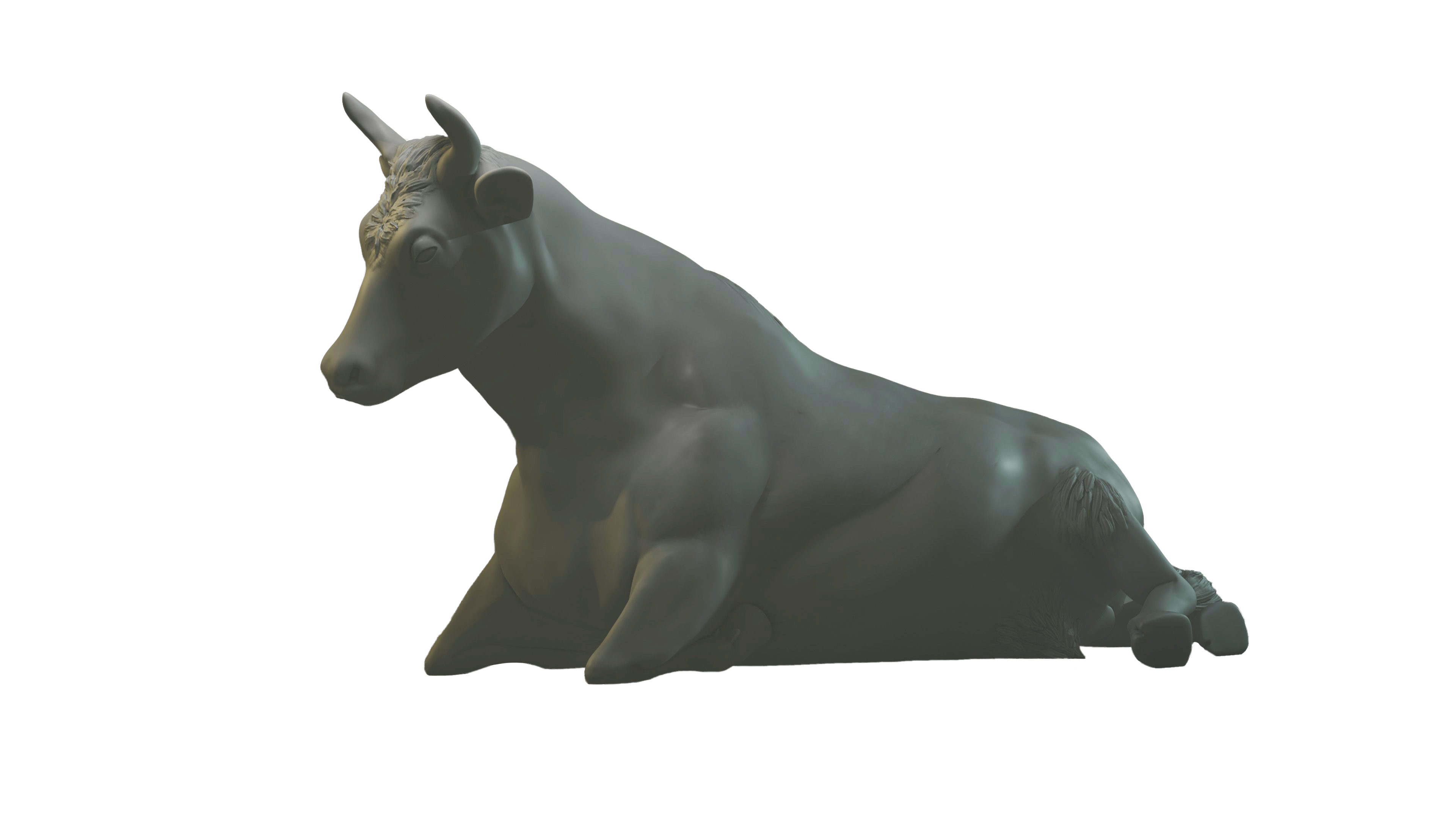 The Ox and
The Donkey

The ox and the donkey contend with Mary for the Nativity scene. In Assisi, Mary lifts the child to look at him in the eye and blissfully smile at him. 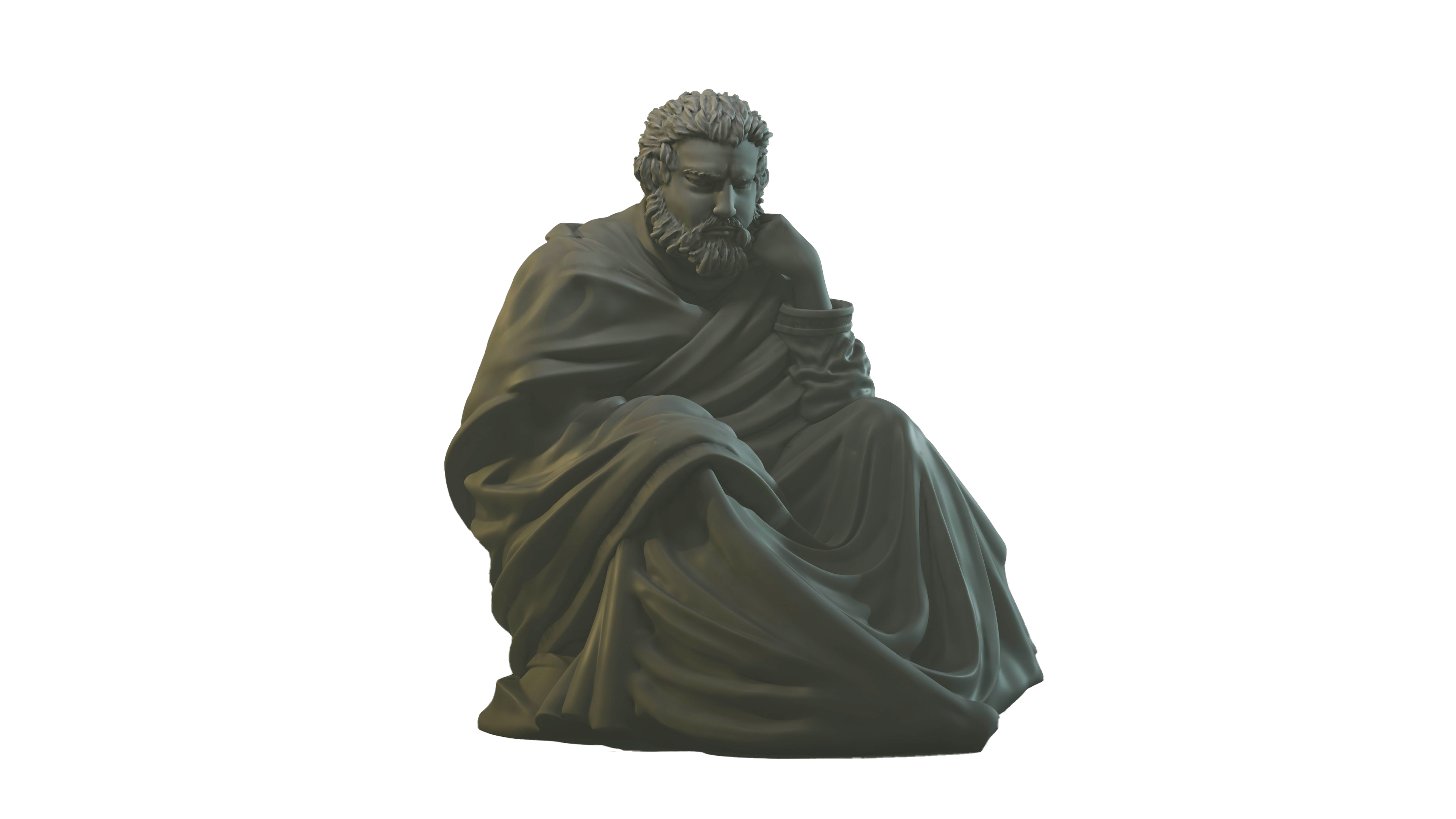 Joseph has the appearance of an elderly man, with white hair and beard, who is sitting on the ground thoughtfully 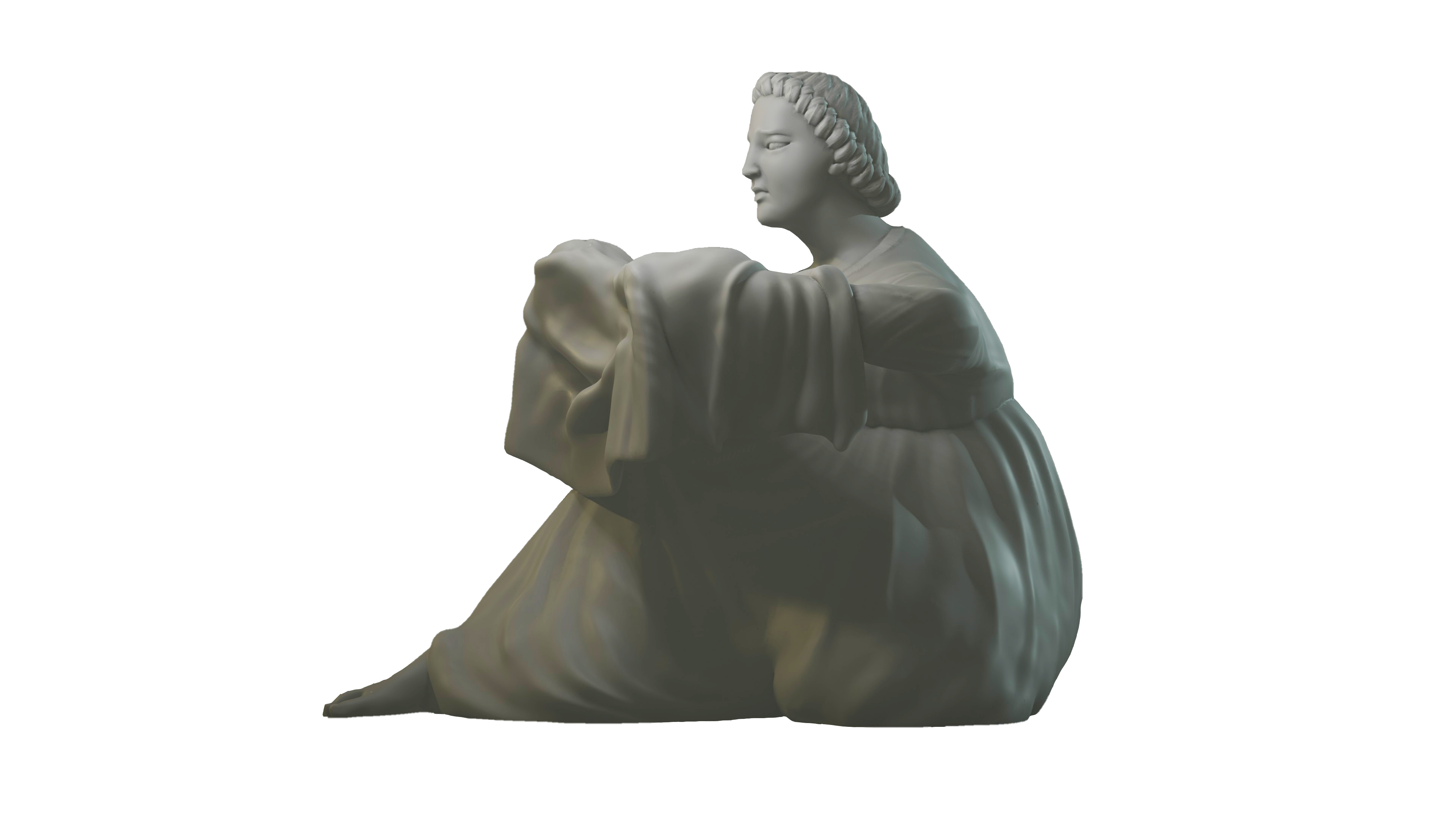 The very first floor of the Nativity is occupied by two female figures, two nurses who look after the newborn child. 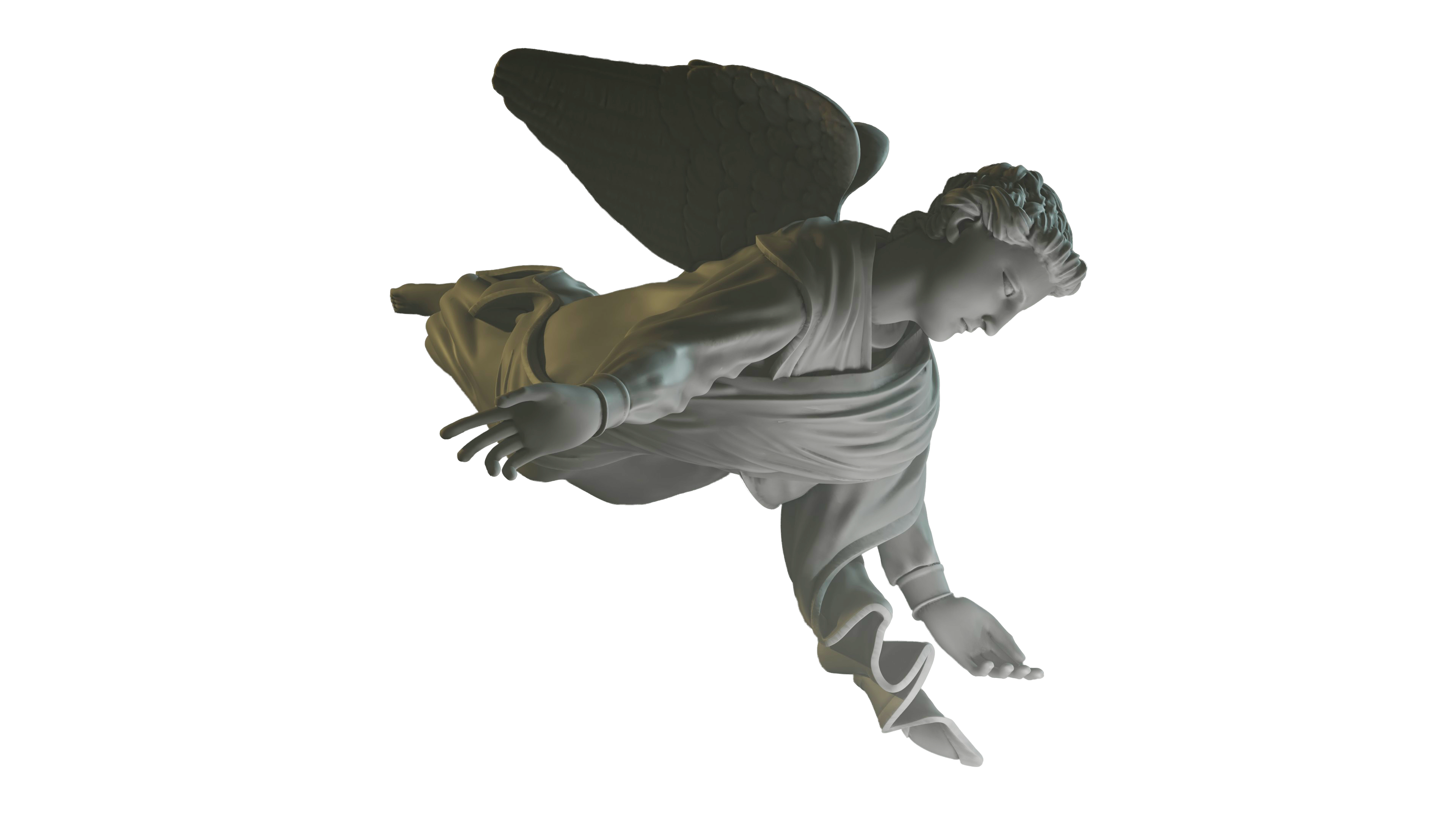 Above the Bethlehem hut, Giotto painted fourteen angels, five on one side, nine on the other. 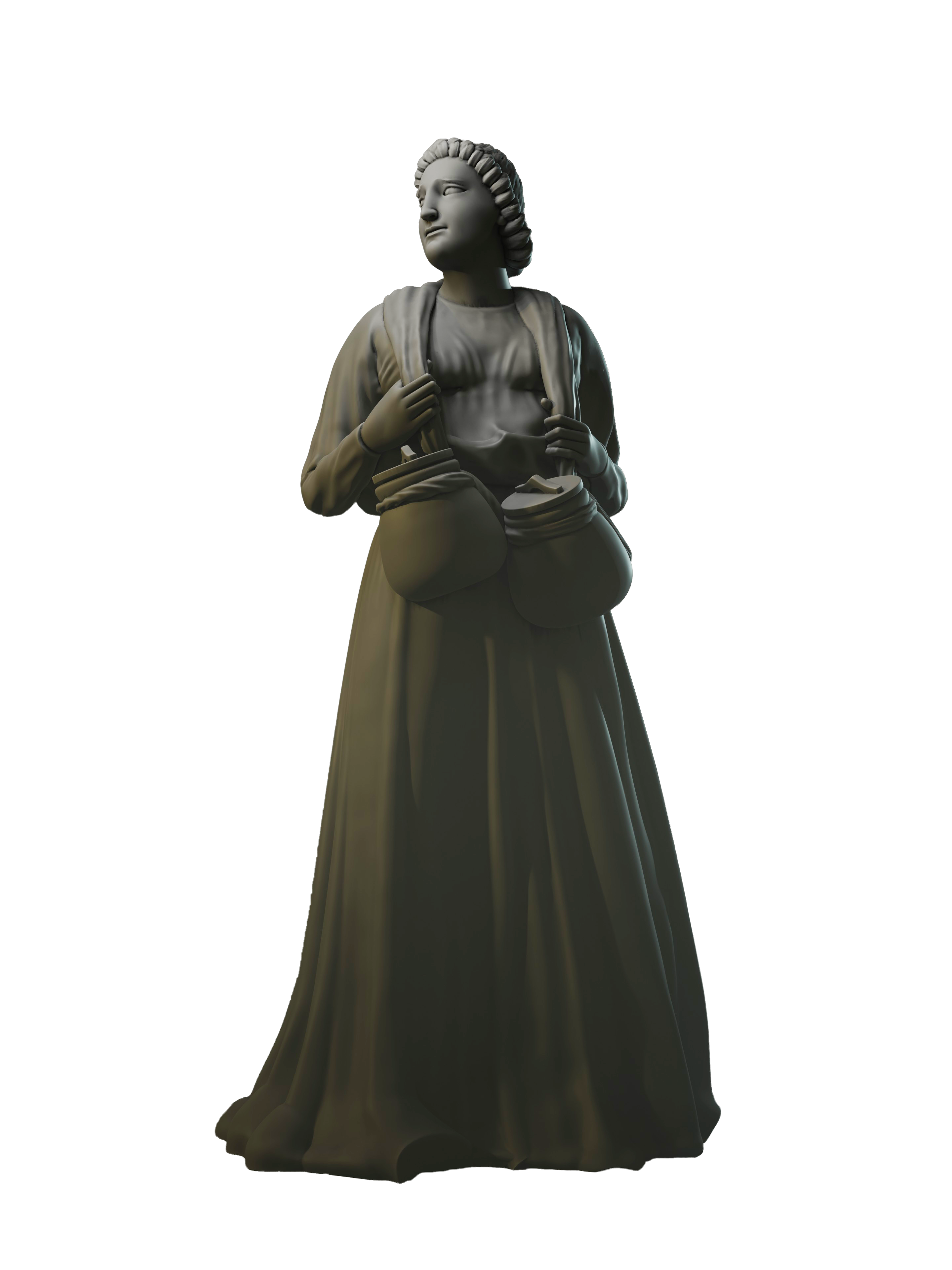 The two women carrying gifts - one dressed in white, the other in dark - are portayed in the painting with the Visitation on the church walls. 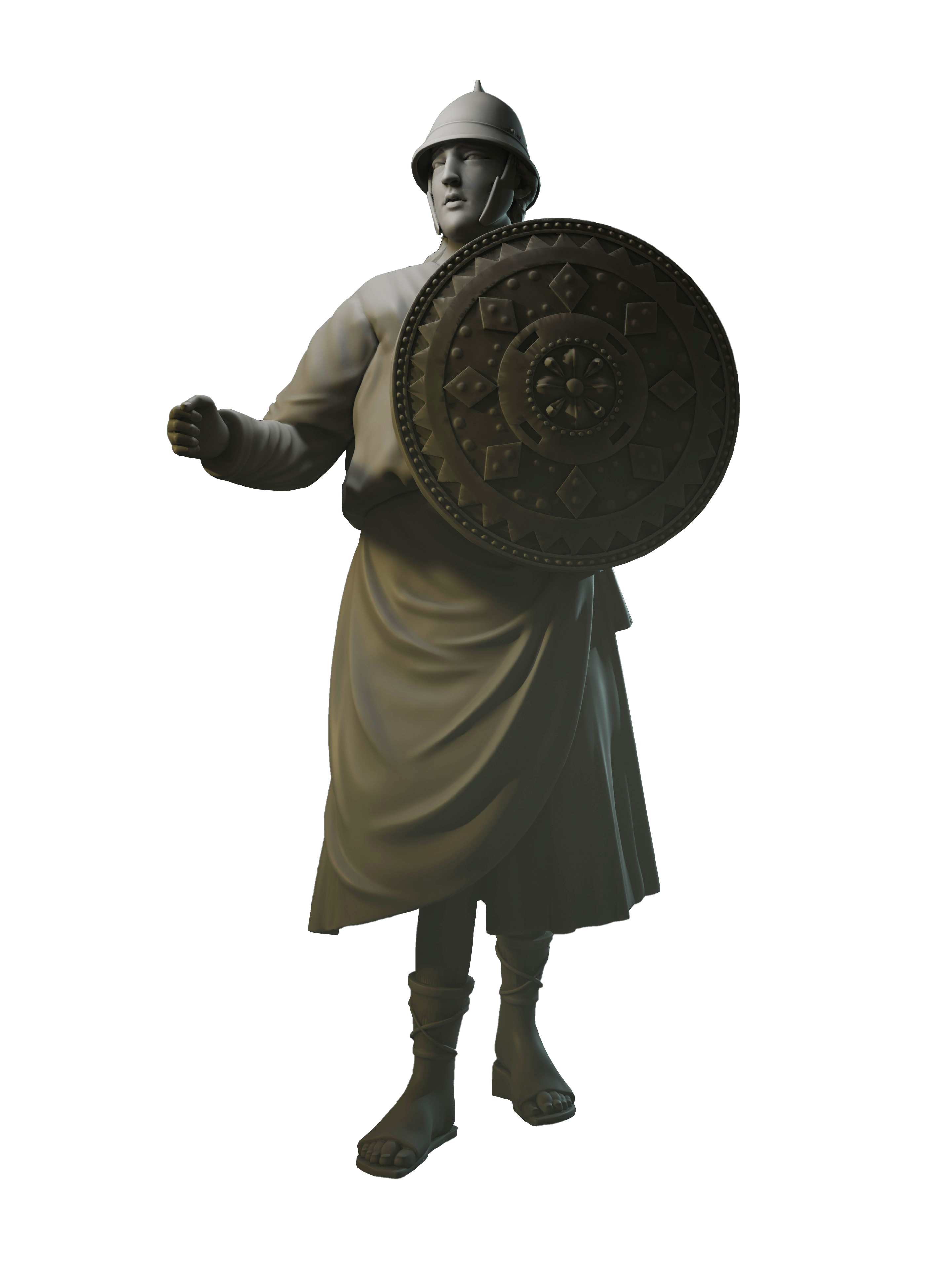 Two soldiers with their heads protected by a helmet, one armed with a shield and spear, the other with a shield only, were chosen to represent The massacre of the innocents’ scene

Under the patronage of

With the support of